The time has come for the next Metal East Nove Kolo fest announcement, and now it is the infernal black metal horde ENTHRONED from Belgium. Formed in 1993 by drummer Cernunnos, they were on the verge of demise in 1997, when he hanged himself – but they continued their unholy crusade instead with huge discography and countless tours around the globe. For a quarter of a century the band has been performing fast, non-compromising black metal – a soundtrack for dark legions attacking and burning down the kingdom of heaven. Come to the festival and feel the macabre force of black metal art in Kharkiv, Ukraine, from May 31st to June 2nd of 2019! 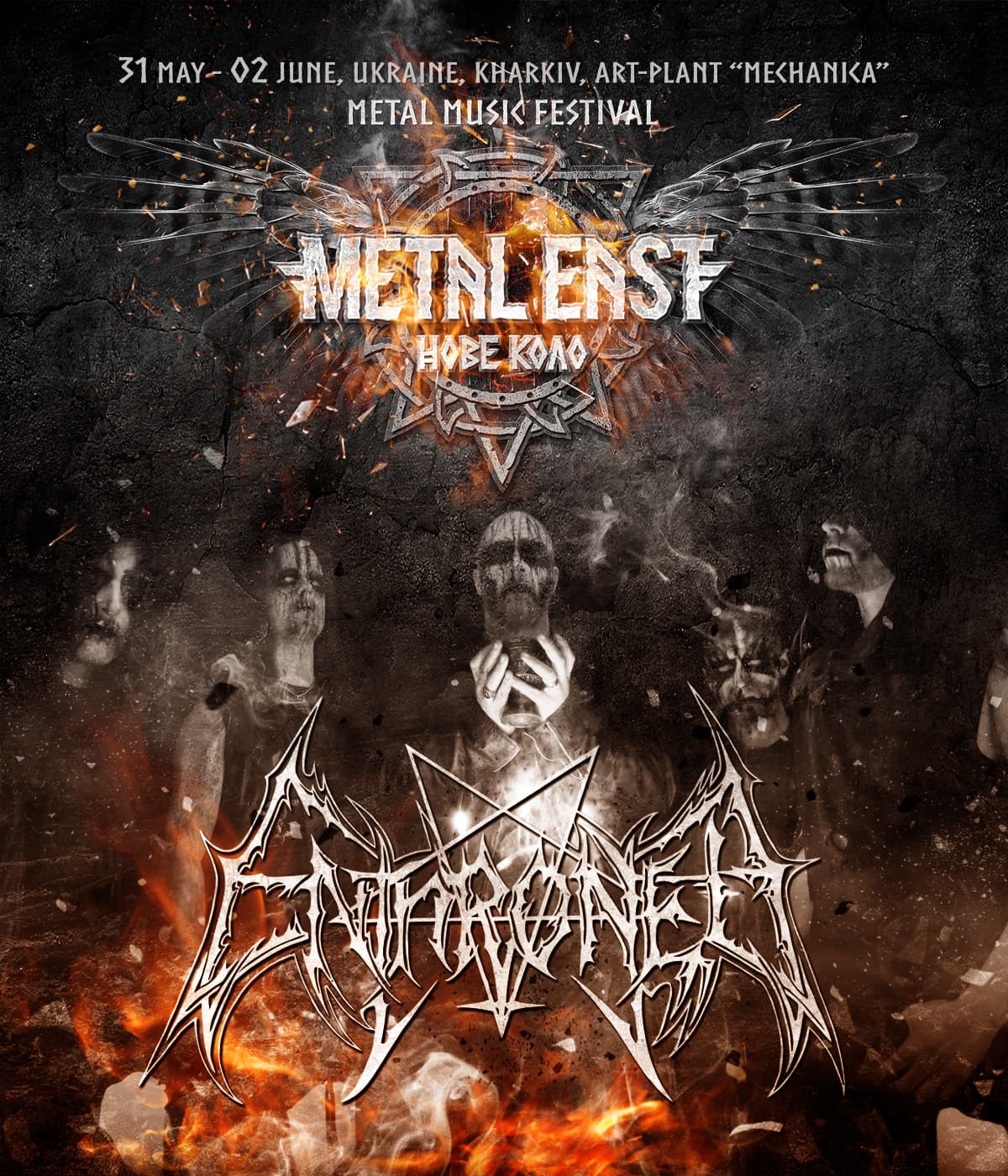