With enthusiasm we reveal the next addition to program of the festival – the unstoppable machine of ENTOMBED A.D.! The legendary vocalist Lars-Goran Petrov stood at the very beginning of two kindred heavy music styles: classic Swedish death metal with ENTOMBED full-length debut “Left Hand Path” plus the demo legacy of NIHILIST and MORBID on one hand, and death’n’roll with his comeback ENTOMBED album “Wolverine Blues” and the next records of the band on the other.
And as one can understand after brief glance at ENTOMBED A.D. moniker, this is his continuation of the same journey in company of musicians from latest ENTOMBED line-up with his participation. With two albums already released under new name and many classic rippers from the golden legacy of 90’s ENTOMBED A.D. will enter the stage of Metal East Nove Kolo fest from May 31st to June 2nd in Kharkiv, Ukraine, and bring you nothing but a wild energy of death’n’roll.

Buy tickets on our site! 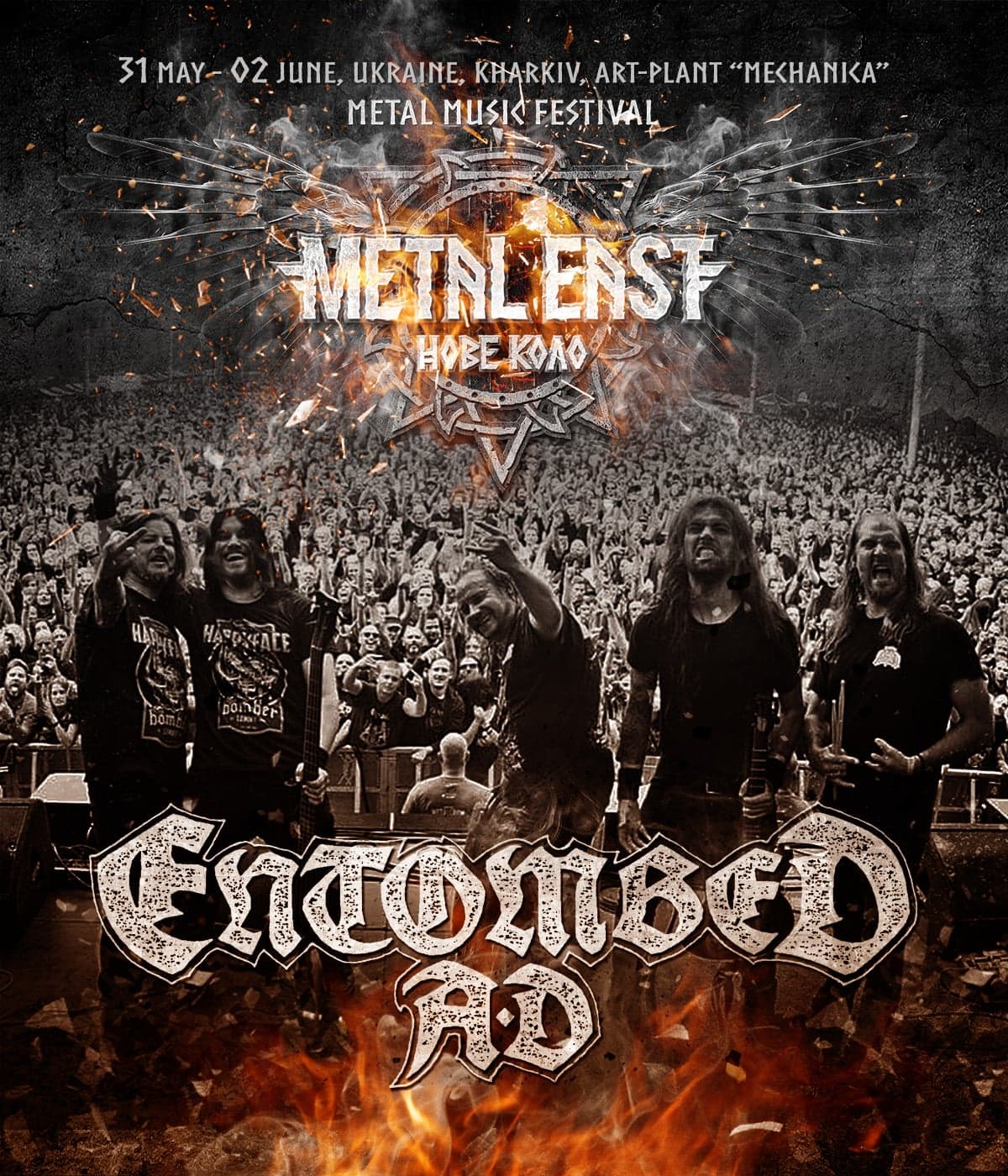