When the most listeners associate NWOBHM abbreviation with only heavy metal style of music, they simply forget that the New Wave of British Heavy Metal represented not some concrete approach to sound, but was rather a movement, which laid down the foundation of what true metal underground should be and represented quite different genres of metal specter.

English Pagan Altar created the masterpiece of authentic doom metal with their self-titled demo in 1982, later re-released in 1998 as “Volume 1” album. This record channeled such powerful primordial and mystic feeling, that it was enough to engrave the name of PAGAN ALTAR in metal history, but the band made triumphant comeback in 2004 and is still going strong.

Expect to witness the ancient magic of the legend at Metal East: Нове Коло 2020 festival in Kharkiv, Ukraine, from 29th to 31st of May! 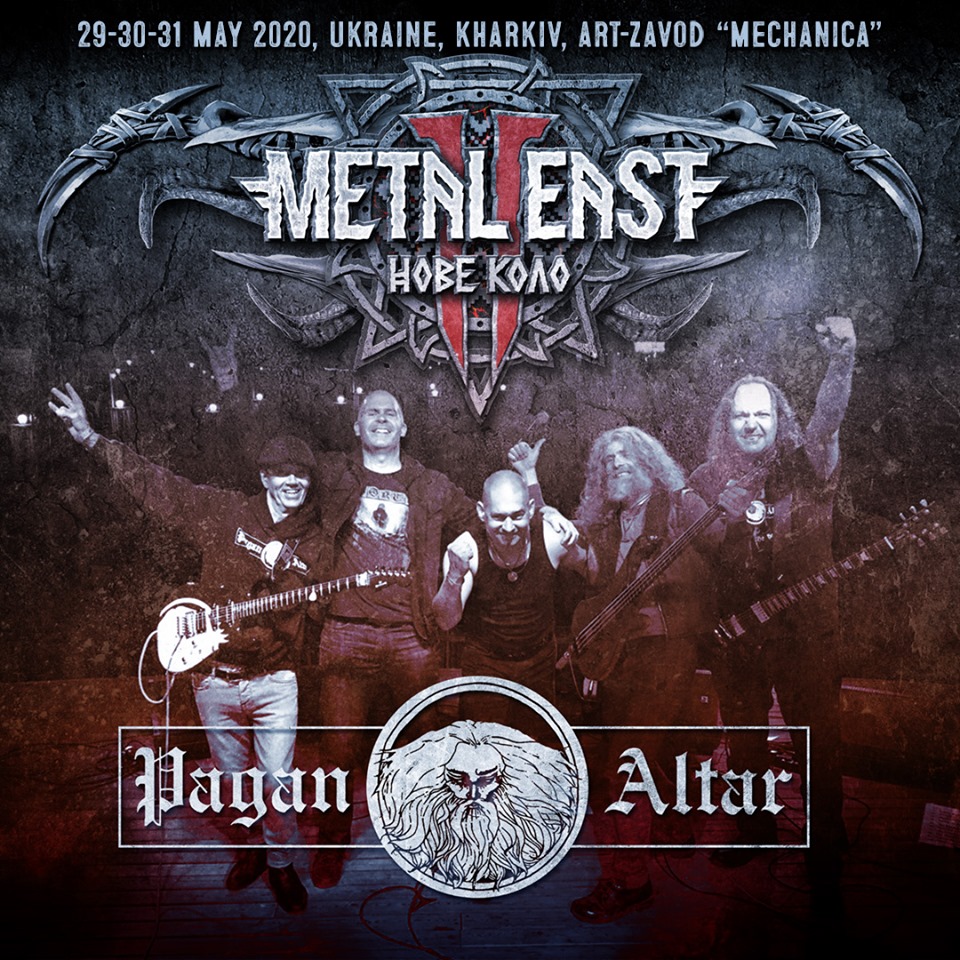