RAVENTALE is a project from Kyiv, Ukraine, led by its sole member Astaroth Merc since 2005 and performing music, which has been described by its author as atmospheric blackened metal. With solid discography and impressive live performances supported by full line-up the brainchild of Astaroth Merc established itself as a key opening the door to vast spaces of perennial spiritual wanderings and mandatory act for anyone who looks for beauty in metal music. RAVENTALE will play for you at Metal East Nove Kolo festival in Kharkiv from May 31st to June 2nd of 2019. Come, listen and leave everything mundane behind. 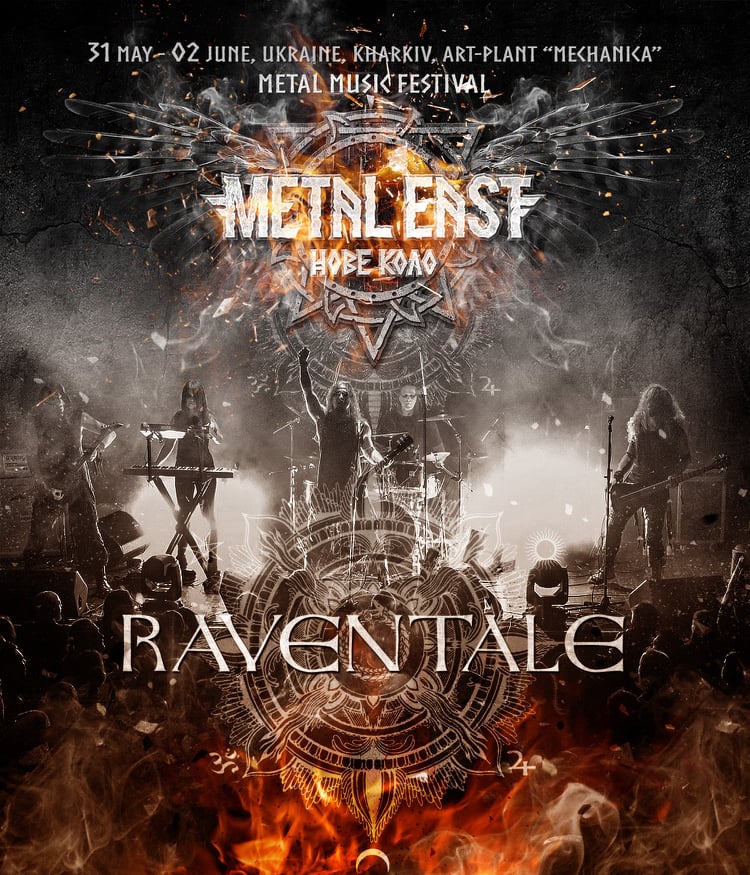