SECTORIAL band was formed in ancient year of 2000 by schoolmates in Boyarka town of Kyiv region. Though the new chapter in history of the band began in 2007 with continuous records and gigs, the guys made a true breakthrough in 2015 with their second full-length album “We Are the Titan’s Rising Ashes”. High quality modern death/grind accompanied by Ukrainian folk instruments with clever, thought-provoking lyrics immediately tamed many fans and even gained two awards at Best Ukrainian Metal Act event – for best album and video of the year. Right now the band finishes their third full-length record about to be released in fall of current year, and on April 13th of 2019 they will play at Metal East Nove Kolo warm-up show in Bingo club, Kyiv. Join the party of metal music and get ready for the blast, which is the SECTORIAL live performance! 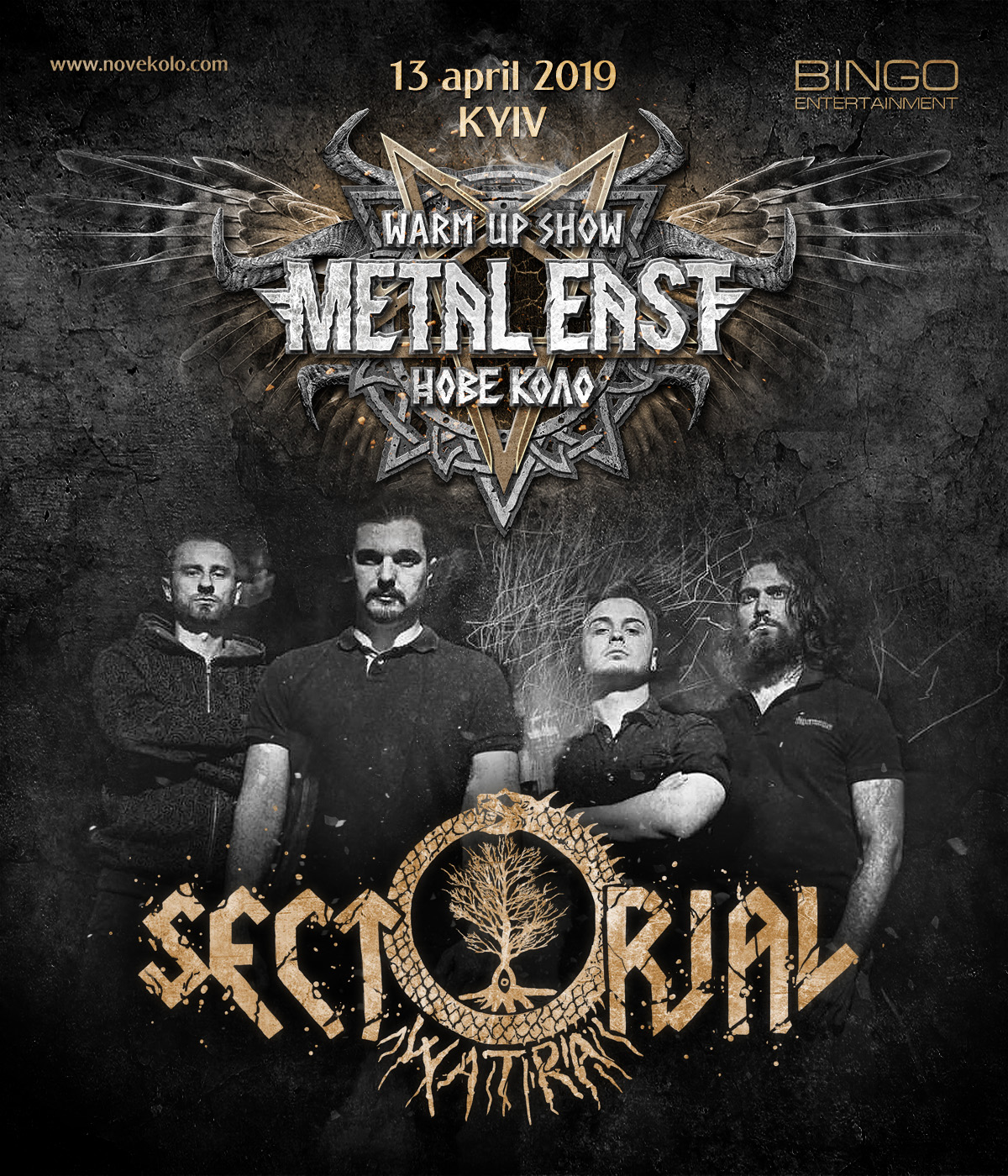