KOLOVOROT NOVE KOLO (that means Kolovorot New Circle) is a successor to legendary KOLOVOROT FEST, which was not only the finest annual underground pagan black metal festival in Eastern Europe, but rather a symbol of cooperation between the best bands who forged such kind of metal in Ukraine and abroad and gained cult status throughout the years.
In 2017 it returns to ancient city of Kyiv on 24th of June with celebration of summer solstice. Festival attendees will witness the performances of three acts:
Graveland, a glorious Polish project, one of the originators of black metal in Europe, then evolved to epic pagan metal style, which began to play live not so long ago. This will be their first show in Ukraine.
Nokturnal Mortum, Ukrainian masters of epic heathen metal art, will present their long-awaited new full-length studio record “Verity”, performing both new and old anthems.
BURSHTYN is relatively new band, which consists of veteran members, who gained their experience in ranks of DUB BUK and released their debut full-length record under new banner in the end of 2016.
We proudly welcome everyone to join the summer solstice celebration on 24th of June at MonteRay Live Stage club (Kyiv, Prorizna street 8).
Event page (handled by fest co-organizers C&S Music):
https://vk.com/kolovorotnovekolo
https://www.facebook.com/events/1306284252818882/ 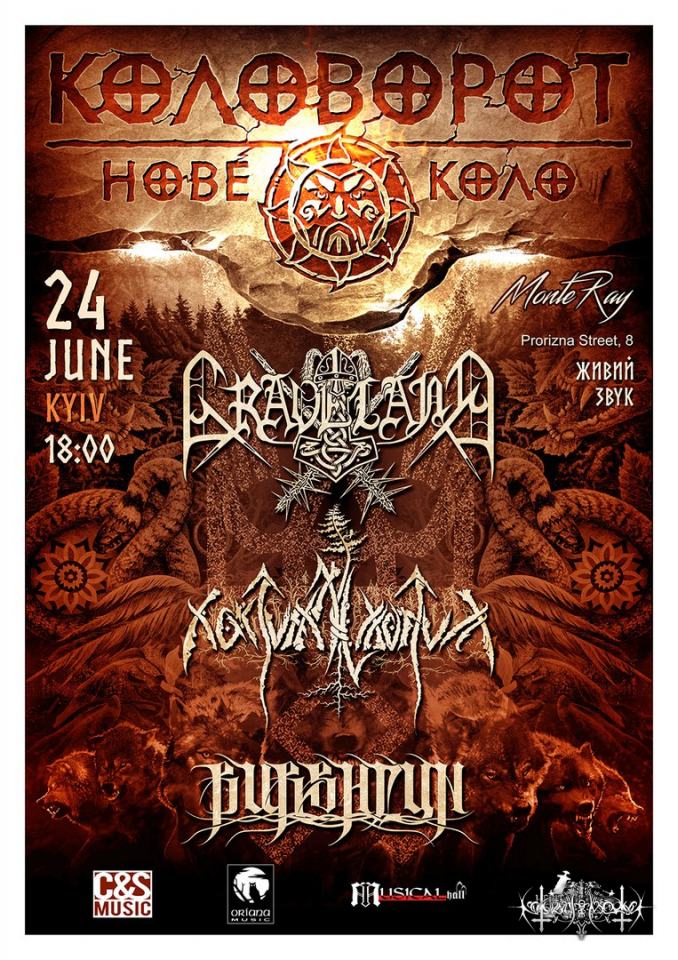