The free wind of steppes brings forth the smoke of conflagrations, the echoing rhythm of Cossacks armies marching into battle and the sounds of their music. BURSHTYN is the new name on Kharkiv scene, formed by its long-running representatives. The band already released two records, and their brand of combative black metal already gained the support of many metal underground people, among those, for example, Alan of PRIMORDIAL fame, who recommended their latest record on his Facebook page. Don’t miss the BURSHTYN performance at Metal East Nove Kolo warm-up show in Bingo club (Kyiv) on April 13th of 2019! 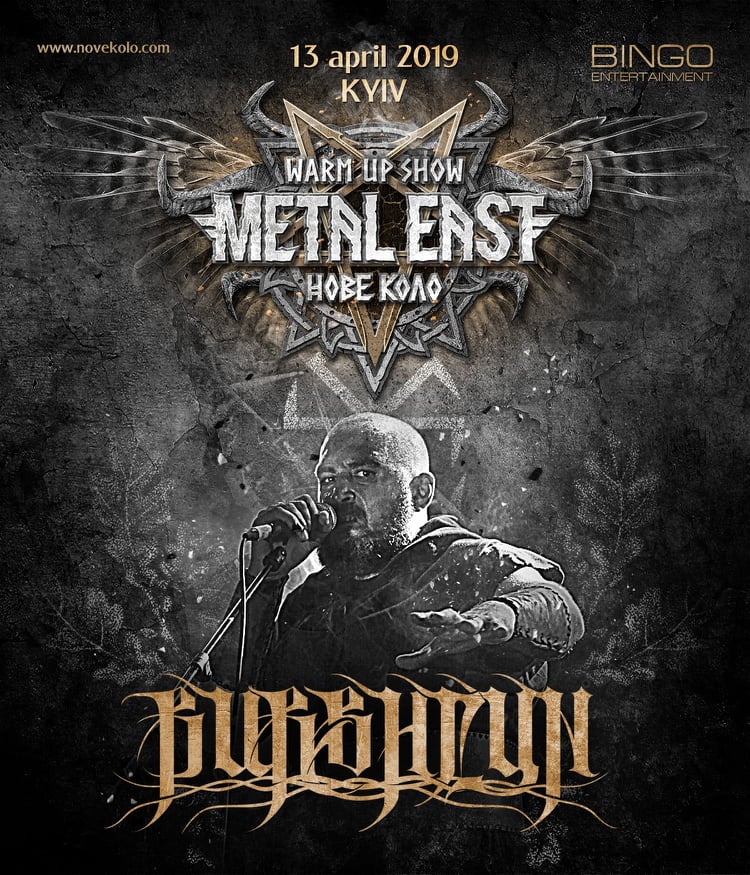