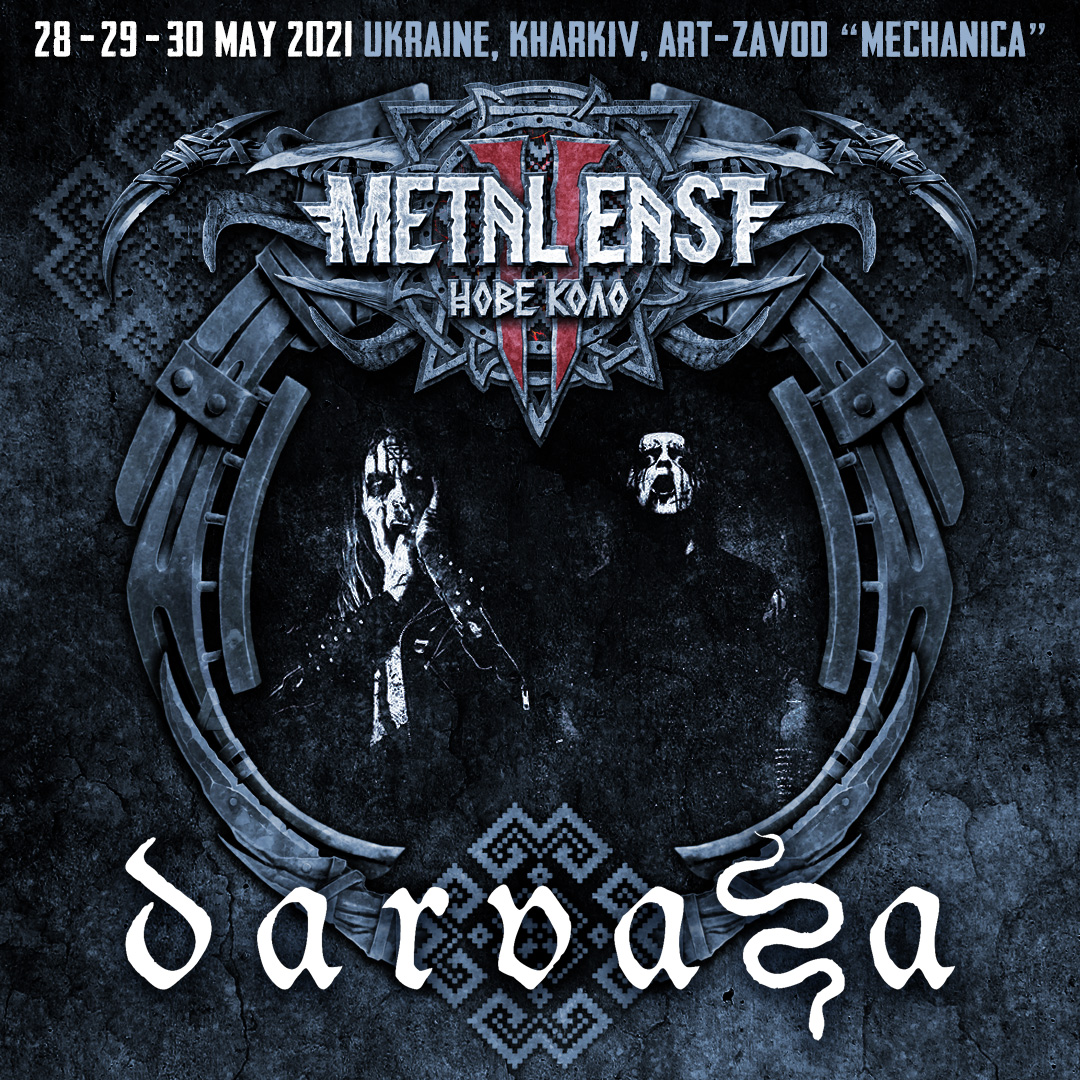 DARVAZA performs black metal in its purest form, which is not a surprise, considering its line-up. This project was formed by two musicians: Omega aka Thorns, uber-prolific Italian drummer of FIDES INVERSA, BLUT AUS NORD, ACHERONTAS and many other bands, also the author of DEATHROW, who plays all instruments in DARVAZA, and Norwegian vocalist Wraath, known for BEHEXEN, CELESTIAL BLOODSHED, ONE TAIL, ONE HEAD and other underground entities.

Feel the presence of transcendental dark energies at DARVAZA show on stage of Metal East: Nove Kolo festival that will take place in Kharkiv from 28th to 30h of May 2021.